America Embarks On An “Experiment” 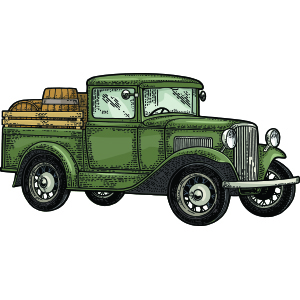 It has been called a failed experiment, as well as a “noble experiment” depending on which side of the issue you favor. The “experiment” was Prohibition, a nationwide ban on the production, importation and sale of alcoholic beverages. It was achieved by the ratification of the 18th Amendment to the U.S. Constitution and lasted nearly 14 years, from 1920 to 1933.

The Prohibition Movement, also known as the Temperance Movement, dates back as far as the 1820s and was propelled by religious groups who considered alcohol “evil” and at the heart of all of the country’s problems. Advocates of the movement claimed that banning alcohol would eliminate poverty, violence and immoral behavior, while also reducing crime.

In 1846, Maine was the first state to pass a prohibition law at the state level and by 1916, 23 of 48 states had passed similar laws. The passage of the 18th Amendment came down to the number of “dry” members of Congress, those that favored a nationwide prohibition on alcohol, and the “wet” members, those that were against Prohibition. The 1916 congressional election saw “dry” members take a two-thirds majority in the House, which is how the 18th Amendment was able to pass Congress on December 18, 1917. The states ratified the amendment on January 16, 1919, but it would not go into effect for a year.

The 18th Amendment instituted Prohibition nationwide, but it was the Volstead Act, passed by Congress on October 28, 1919, that enforced the amendment and created a special Prohibition unit within the Treasury Department. Through this Act, more than 1,500 federal agents were tasked with enforcing Prohibition.

While some statistics show fewer hospitalizations for alcoholism during Prohibition, there were also more than 10,000 deaths attributed to alcohol poisoning. These deaths were the result of citizens making their own alcohol and being inexperienced with the techniques involved. In many cities, like New York, Chicago and Los Angeles, Prohibition gave rise to bootlegging, speakeasies and organized crime. Al Capone, one of the most notorious gangsters of the 1920s, made approximately $60 million a year ($720 million in today’s dollars) from illegal alcohol distribution. According to U.S. National Archives, it is estimated that as many as 100,000 speakeasy clubs were in business by 1925 in New York City alone. Fun fact, Atlantic City was a prominent site for bootlegged liquor distribution.

These unintended consequences are why many call Prohibition a “failed experiment.” T.J. Jackson Lears, a history professor at Rutgers University, says the reason Prohibition failed is because the government attempted to legislate morality.

“Prohibition attempted to police private behavior in ways that most Americans found intrusive, annoying and even oppressive,” Professor Lears says. “It made a social practice, tolerated for centuries and widely rooted in tradition and custom, into a federal crime.”

Professor Lears says there is “no way Prohibition could have worked” and likens it to the war on drugs of the 1970s, referring to the federal government’s efforts to stop the illegal use of drugs by increasing arrests for low-level drug offenses.

“Like the war on drugs, the war on alcohol created more damage than the substance it was meant to prohibit,” Professor Lears says.

Enthusiasm for Prohibition started to wane in the late 1920s, with many anti-Prohibition activists claiming it was denying Americans much-needed jobs and revenue for the government. In 1932, presidential candidate Franklin D. Roosevelt made repealing the 18th Amendment part of his platform. After Roosevelt won the election, the 18th Amendment’s demise was assured.

The ratification of the 21st Amendment on December 5, 1933 repealed the 18th Amendment, as well as the Volstead Act. While there was no longer a federal ban on alcohol after the passage of the 21st Amendment, it was left up to the states to regulate the sale and distribution of liquor. Some states chose to “stay dry.” In fact, today there are more than 500 municipalities in the U.S. that do not allow for the sale of liquor and are considered “dry.” Approximately 18 million people live in those municipalities. The states with the most “dry” counties include: Arkansas, Georgia, Kansas, Kentucky, Mississippi, South Dakota, Tennessee and Texas. Kansas prohibited public bars until 1987. The state’s reluctance may have stemmed from the fact it was the first state (in 1881) to outlaw alcoholic beverages in its constitution. Another fun fact, the distillery for Jack Daniels is located in Tennessee’s Moore County, which is dry.

In a 1932 letter, John D. Rockefeller Jr., a financier and philanthropist of the time who was also a solid supporter of Prohibition, wrote, “When Prohibition was introduced, I hoped that it would be widely supported by public opinion and the day would soon come when the evil effects of alcohol would be recognized. I have slowly and reluctantly come to believe that this has not been the result. Instead, drinking has generally increased; the speakeasy has replaced the saloon; a vast army of lawbreakers has appeared; many of our best citizens have openly ignored Prohibition; respect for the law has been greatly lessened; and crime has increased to a level never seen before.”

So was the 18th Amendment a violation of Americans’ rights? Professor Lears says the framers of the Constitution would have surely thought it was.

Glossary Words
bootlegger: a person that makes, distributes or sells goods (in this case alcohol) illegally.
ratification: the action of formally signing a contract or agreement to make it official.
repeal: to revoke, annul or abolish an existing law (or constitutional amendment).
speakeasy: an illegal liquor store or nightclub.
temperance: not drinking alcohol.