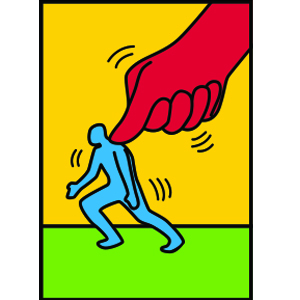 After the Civil War, the United States was faced with the problem of how to incorporate four million newly freed people into a society that saw them as less than.

The 14th Amendment has five sections to it. Sections 2 through 4 are rarely debated and Section 5 simply gives Congress the authority to implement the amendment through legislation. Section 1, however, has been the basis for many landmark court rulings. It contains four clauses: “All persons born or naturalized in the United States and subject to the jurisdiction thereof, are citizens of the United States and the State wherein they reside [Citizenship Clause]. No State shall make or enforce any law which shall abridge the privileges or immunities of citizens of the United States [Privileges & Immunities Clause]; nor shall any State deprive any person of life, liberty, or property, without due process of law [Due Process Clause]; nor deny to any person within its jurisdiction the equal protection of the laws [Equal Protection Clause].”

The Citizenship Clause overruled Dred Scott v. Sandford. Handed down by the U.S. Supreme Court in 1857, Dred Scott essentially ruled that African Americans were not and could never be citizens of the United States. The Privileges & Immunities Clause protected the right to travel for all citizens. The Due Process Clause applied the same protections from the federal government to the states as well. It also declared that the government couldn’t seize your possessions without a reason. The Equal Protection Clause, which is specifically cited in numerous civil rights cases, was meant to provide the full protection of the federal government to everyone, not just citizens but all persons. That clause didn’t live up to it potential in the 19th century, but would be extremely important by the middle of the 20th century (more on that later).

The Reconstruction Amendments were all passed within five years of the war’s end. Even before the 14th Amendment, the Civil Rights Act of 1866 had given citizenship to everyone born in the United States, providing the language that would eventually become the Citizenship Clause. Members of Congress wanted to make sure that the constitutionality of the Act could not be questioned and pushed for including the clause in the 14th Amendment.

There is a quote whose attribution cannot be verified, but is relevant to any discussion of the 14th Amendment and Reconstruction. The quote says, “When you’re accustomed to privilege, equality feels like oppression.”

White Southerners pushed back on the advancements made by former slaves and devised ways to hold onto control in the South. One of those ways was to force the end of Reconstruction with the Compromise of 1877. Rutherford B. Hayes needed the support of Florida, South Carolina and Louisiana to win the presidency in 1876. In exchange for that support, he agreed to withdraw all federal troops from the South. The troops had been installed in the South to keep the peace and protect the rights of the freedmen.

President Hayes made good on that promise and Reconstruction ended in 1877. With no federal oversight in the region, control of the South fell back in the hands of white men. As a result, by 1905, African American men, for the most part, had been disenfranchised in every Southern state. For example, Henry Louis Gates Jr., a noted historian, wrote in Time Magazine, “In Louisiana, 130,000 black men were registered to vote before the state instituted its new constitution in 1898, by 1904 that number had been reduced to 1,342.” In addition, the last African American to be elected to the U.S. Congress was forced out in 1901.

The first venture into voter suppression began in the 1890s when Southern states went to great lengths to prevent the freedmen from voting. Southern state legislatures wrote methods to disenfranchise black voters into their state constitutions. Those methods included instituting poll taxes, complicated literacy tests and property ownership as requirements to vote. Grandfather clauses exempted poor and often illiterate white residents from those requirements. The grandfather clauses stated that if you had the right to vote before 1867 or had a “lineal descendant” (in other words a grandfather) who had the right to vote, you would be exempt from “educational, property or tax requirements for voting.” Obviously, the freedmen only had the right to vote since the 15th Amendment’s adoption in 1870.

No Relief in the Courts

Court challenges to the 14th Amendment during the 19th Century did not go in the freedmen’s favor either, including an 8-1 U.S. Supreme Court decision in 1883 that struck down the provision of the Civil Rights Act of 1875 that prohibited racial discrimination in public places. The ruling determined that the federal government only had the power “to restrain states from acts of racial discrimination and segregation.” In other words, it could not pass legislation on its own, despite Section 5 of the 14th Amendment, which states: “The Congress shall have power to enforce, by appropriate legislation, the provisions of this article.” That decision, in what is known as the Civil Rights Cases of 1883, effectively nullified the 14th Amendment’s Equal Protection Clause and weakened the amendment’s impact overall.

The U.S. Supreme Court delivered a 7-1 decision against Plessy. In the majority opinion of the Court, Justice Henry Billings Brown, wrote, “The object of the [14th] Amendment was undoubtedly to enforce the absolute equality of the two races before the law, but in the nature of things, it could not have been intended to abolish distinctions based upon color, or to enforce social, as distinguished from political equality, or a commingling of the two races upon terms unsatisfactory to either.”

Attorneys representing Plessy argued that segregation laws are unconstitutional because they imply that African Americans are inferior and therefore stigmatize them as second-class citizens, violating the Equal Protection Clause.

Justice Brown rejected this claim, writing, “We consider the underlying fallacy of the plaintiff’s argument to consist in the assumption that the enforced separation of the two races stamps the colored race with a badge of inferiority. If this be so, it is not by reason of anything found in the act, but solely because the colored race chooses to put that construction on it.”

In the Court’s lone dissent, Justice John Marshall Harlan wrote, “Every one knows that the statute in question had its origins in the purpose, not so much to exclude white people from railroad cars occupied by blacks, as to exclude colored people from coaches occupied or assigned to white persons….The thing to accomplish was, under the guise of giving equal accommodation for whites and blacks, to compel the latter to keep to themselves while traveling in railroad passenger coaches. No one would be so wanting in candor as to assert the contrary.”

The decision in Plessy v. Ferguson solidified the “separate but equal” doctrine that had been introduced in previous challenges and ushered in the era known as Jim Crow, which was dominated by the passage of state and local laws enforcing segregation in the South. The era, named after a character from the racist minstrel shows of the 1830s, would last more than 75 years.

Would society be different today if the Reconstruction Era had lasted longer? Taja-Nia Henderson, a Rutgers Law School professor, who has written extensively about issues of slavery, says she’s not certain.

“In a perfect world, we would have seen protections against wanton violence and land loss and discrimination and social exclusion, and perhaps (just perhaps) a change in the era’s pervasive culture of anti-blackness in much of the nation,” Professor Henderson says. “At the very least, I can say with confidence that perhaps if Reconstruction had lasted longer, we would have historical examples of political risk taking, reconciliation, and repudiation of white supremacy at the highest levels of government. Without that historical example, it remains difficult to have real imagination about race, racism, subordination and inequality in the realm of electoral politics.”

While the Reconstruction Amendments were ground breaking, especially for their time, their full potential has yet to be realized. The 14th Amendment would be instrumental in the 1954 landmark U.S. Supreme Court decision in Brown v. Board of Education, which struck down the separate but equal doctrine. The 14th and 15th Amendments would provide the foundation for civil rights legislation, including the Civil Rights Act of 1964 and the Voting Rights Act of 1965, both of which cited the 14th Amendment’s Equal Protection Clause. Setbacks have occurred, however, including the U.S. Supreme Court decision in Shelby County v. Holder, which diminished the gains made with the Voting Rights Act.

We’ll never know what could have been accomplished had the Reconstruction Era not been cut short.

“Reconstruction was a squandered opportunity to incorporate fully the formerly enslaved into the nation’s economic, political, and social fabric,” Professor Henderson says. “We bear the burden of this dashed opportunity every day.”

Glossary Words
disenfranchise: to deprive of a privilege or right.
due process: legal safeguards that a citizen may claim if a state or court makes a decision that could affect any right of that citizen.
illiterate: unable to read or write.
jurisdiction: authority to interpret or apply the law.
majority opinion: a statement written by a judge or justice that reflects the opinion reached by the majority of his or her colleagues.
naturalized: admitted to the citizenship of a country.
overrule: to void a prior legal precedent.
plaintiff: person or persons bringing a civil lawsuit against another person or entity.
repudiation: rejection of a proposal or idea.
segregation: the policy of separating people from society by race or social class.
statute: legislation that has been signed into law.