Taking a State to Court…Not So Fast 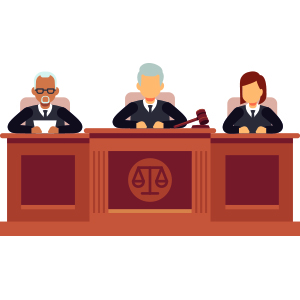 The Bill of Rights hadn’t been in place that long when another amendment to the U.S. Constitution was added. The 11th Amendment, ratified on February 7, 1795, states: “The Judicial power of the United States shall not be construed to extend to any suit in law or equity, commenced or prosecuted against one of the United States by Citizens of another State, or by Citizens of any Foreign State.”

The 11th Amendment clarified Article III, Section 2 of the U.S. Constitution, which states that the federal judiciary has the authority to decide “…Controversies between two or more States;—[between a State and Citizens of another State;-]…”

Why Was an Amendment Needed?

It all started with the 1793 U.S. Supreme Court case of Chisholm v. Georgia. Alexander Chisholm was a citizen of South Carolina and the executor of Robert Farquhar’s estate. Farquhar had supplied goods to the state of Georgia during the Revolutionary War and was never paid. In an attempt to recover the debt, Chisholm sued in the U.S. Supreme Court. The defendant, the state of Georgia, refused to appear before the Court, claiming they could not be sued without their consent.

In a 4 to 1 decision, the Court ruled for Chisholm, saying that Article III, Section 2 revoked the states’ sovereign immunity and granted federal courts the authority to hear disputes between private citizens and states.

Justice James Iredell issued a dissenting opinion in the case claiming that all states are sovereign under Common Law and could not be sued without consent. While his was the lone dissent in the case, it would be the basis of the 11th Amendment and ultimately the law of the land.

With the fear that other citizens would bring similar suits, legislators acted quickly to pass the 11th Amendment. Once it was ratified by the states, it effectively overruled the Chisholm decision and any other cases that were brought as a result of the Court’s decision.

Another fun fact, the U.S. Court of Appeals for the First Circuit ruled in 1983 that the 11th Amendment also applied to Puerto Rico. The other four territories of the U.S. (American Samoa, Guam, Northern Mariana Islands and the American Virgin Islands) are not covered by the amendment.

Glossary Words
defendant: in a legal case, the person or entity accused of civil wrongdoing or a criminal act.
dissenting opinion: a statement written by a judge or justice that disagrees with the opinion reached by the majority of his or her colleagues.
equity: justness or fairness.
liability: an obligation of responsibility for an action or situation, according to the law.
overruled: to void a prior legal precedent.
ratified: approved or endorsed.
sovereign: indisputable power or authority.
sovereign immunity: legal doctrine that says states (in this case) are immune from federal lawsuits.