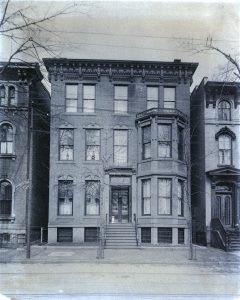 These six decades have seen the establishment of programs that continue to impact New Jersey civic life today, from mock trial competitions to teacher trainings on bullying prevention and conflict resolution; from examinations of pressing societal issues like domestic violence to publications and programs that explain the intricacies of the law to every age group.

“It is not enough to have rights under our system of government if those rights are not understood,” said NJSBF President Lynn Fontaine Newsome. “That’s why the work of the New Jersey State Bar Foundation is so crucial. We have played an indelible role in educating the public on their rights and responsibilities. That ‘informed citizens are better citizens’ is the defining principle of our work.”

From early years to the new energy of the 1980s

In the early years, the foundation functioned largely as a conduit for bequests. In the 1970s, through the generosity of donors, the NJSBF created a scholarship program for law students.

During the 1980s, a group of trustees breathed new life into the foundation as they pursued a fundraising campaign to build the New Jersey Law Center.

“As far as I’m concerned, that is the most satisfying and rewarding thing I’ve ever done in my life,” said Vincent Apruzzese, who served as chair of the NJSBF from 1985 to 1987, and spearheaded efforts to create a permanent headquarters for foundation and association programs.

At the time, both the foundation and the association were housed in a four-story brownstone in Trenton. The idea was to build a facility that would serve as a hub for attorneys and legal education in the state. The building, on the Rutgers campus, opened to the public in Dec. 1987.

“It seems to me the legal profession has an obligation to assist the community in learning about how the system operates, and to share with them what their rights are,” Apruzzese said.

A highlight of foundation programming in the early 1980s and beyond was the Reporters and the Courts Conference. For the inaugural conference, held in April 1982, 150 newspaper, television and radio journalists came to Trenton to exchange information about the press and the justice system.

Frank Hoerst, who served as NJSBF president from 1983 to 1986, recalled those conferences with fondness. “Because so much of the law and what lawyers do is reported in the media, we wanted the media to have exposure to the nitty-gritty of courtroom events, so that when they reported on it, they would have a lot better understanding,” he said.

Reporters weren’t the only segment of the population exposed to the nitty-gritty of courtroom events. In 1982, the foundation started what would become one of its most popular programs for decades to come—the state’s mock trial competition. The program was an effort to increase student comprehension and demystify the justice and legal systems.

More than 70 teams entered that first year and thousands of high school students from across New Jersey have taken part since. In 2018, 220 teams participated in the program.

In 1988, the foundation’s public education initiatives received an even greater boost with the formation of the Interest on Lawyer Trust Accounts (IOLTA) program. According to New Jersey Supreme Court Rule 1:28-A, 12.5 percent of IOLTA funds are disbursed to the foundation for law-related educational programs.

Buoyed by the new funding, the foundation was able to introduce a host of new programs. In 1990, the foundation aired television commercials with public service announcements regarding aspects of New Jersey law.

In addition, programs for senior citizens, a speaker bureau, and school-related trainings became staples of the foundation’s daily work. The mock trial competition was expanded to include younger students through the Law Fair and Law Adventure programs.

The foundation was a pioneer when it launched a teasing and bullying prevention program in 2001, long before anti-bullying programs were making headlines around the country. The foundation created curriculum and training for teachers to encourage positive school climates across the state, and the sessions continue to be incredibly popular today.

‘Lawyers at their very best’

Richard Badolato, who served as president of the NJSBF from 2009 to 2011, calls the foundation “the jewel of the bar association.” The organization, he said, educates the public—and particularly schoolchildren—in many ways.

“There is a need and we’re meeting the need,” he said. “We are constantly vigilant to serve the public needs,” he said. “No gain except to educate the public and educate our members.”

“I just thought it was exhilarating to serve on the foundation because it shows lawyers at their very best,” she said.

In honor of the NJSBF’s 60th anniversary, consider making a tax-deductible donation to the “$60 for 60 years” campaign. All donations made in honor of our 60th Anniversary will be recognized on engraved bricks installed on the portico of the New Jersey Law Center.

For more information about contributing or volunteering, visit the foundation website, njsbf.org.