Ignorance of the Law Is Not an Excuse 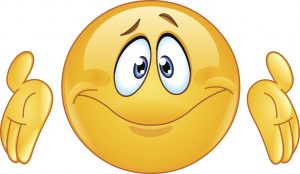 If you are unaware you are breaking a law, should you be held accountable? In general, the law says yes.

Thomas Jefferson said, “Ignorance of the law is no excuse in any country. If it were, the laws would lose their effect, because it can always be pretended.”

Today, there are literally tens of thousands of laws on the books, both federally and on a state level. Is it reasonable to assume that everyone knows every law?

According to Tiffany N. Basciano, associate director of the International Law and Organizations Program at Johns Hopkins School of Advanced International Studies in Washington, DC, it is reasonable to assume that people are familiar with generally recognized wrongs, such as violence and dishonesty, as well as community standards based on their lived experience.

“Is it reasonable to expect people to know every law on the books? No. But generally knowledge of the law is not required,” Basciano says.

The government has a duty to appropriately disseminate new laws to the public and making them publicly accessible.

“Knowledge of all properly disseminated laws can be attributed to everyone,” she says. “If knowledge of the law were required, criminal and civil defendants alike would routinely plead ignorance of the law as a defense, which would undermine the concept and administration of justice.”

Basciano also points out that in criminal law, a person cannot be charged for any conduct that was not prohibited at the time of the act. In other words, a law cannot be passed retroactively criminalizing an act.

“This idea reflects the legal principle of nullum crimen sine lege (no crime without law),” Basciano says. “There is also a doctrine called the rule of lenity, which provides that courts should interpret ambiguous criminal laws in favor of the defendant.”

Over the years, the U.S. Supreme Court has addressed the issue of ignorance of the law. The 1833 case of Barlow v. United States involved the seizure of 85 barrels of sugar, which Joseph Barlow was attempting to export under the false denomination of refined sugar. Barlow contended that the sugar was not entered by false denomination and he did not intend to defraud the revenue. The Court did not believe that Barlow had no knowledge that the sugar he was attempting to export was unrefined and said the case presented a broader question of “whether a mistake of law will excuse a forfeiture in cases of this description. We think it will not. The whole course of jurisprudence, criminal as well as civil, of the common law points to a different conclusion. It is a common maxim familiar to all minds that ignorance of the law will not excuse any person, either civilly or criminally, and it results from the extreme difficulty of ascertaining what is the bona fide interpretation of the party, and the extreme danger of allowing such excuses to be set up for illegal acts, to the detriment of the public.”

More recently, in 2010, the U.S. Supreme Court ruled in Jerman v. Carlisle, McNellie, Rini, Kramer & Ulrich LPA. That case involved the Fair Debt Collection Practices Act (FDCPA). The plaintiff in the case, Karen Jerman sued a law firm that instituted foreclosure proceedings against her property in error. The law firm acknowledged that it violated the FDCPA, but that its error was a bona fide error. An Ohio district court and the U.S. Court of Appeals for the Sixth Circuit sided with the law firm. The Appeals Court held that the FDCPA error defense applies to mistakes of law.

The question for the U.S. Supreme Court was to decide whether a debt collector’s mistake in law qualifies as a bona fide error defense. The Court ruled it did not and that such an error can never be “not intentional.” Justice Sonia Sotomayor used the same language—“ignorance of the law will not excuse any person, either civilly or criminally” as in the Barlow case.

The U.S. Supreme Court has made some exceptions to the “ignorance is not an excuse” defense. In the 1957 case of Lambert v. California, the Court ruled that the defendant’s (Lambert) failure to register as a felon after moving to Los Angeles was a “wholly passive act.” Lambert, who had been previously convicted of forgery, was unaware of an ordinance requiring that she register as a felon if in the city of Los Angeles for more than five days. Because she was not allowed to use ignorance of the law as a defense, she was convicted, fined $250 and sentenced to three years probation. Lambert could have faced as much as six months in jail for every day in the city after exceeding the five-day limit. The Court reversed the conviction. Justice William Douglas wrote in the Court’s majority opinion, “Where a person did not know of the duty to register and where there was no proof of the probability of such knowledge, he may not be convicted consistent with due process.”

Another exception the U.S. Supreme Court has carved out with regard to ignorance of the law deals with the tax code. In the 1991 case of Cheek v. United States, the Court said: “The general rule that ignorance of the law or a mistake of law is no defense to criminal prosecution is deeply rooted in the American legal system…The proliferation of statutes and regulations has sometimes made it difficult for the average citizen to know and comprehend the extent of the duties and obligations imposed by the tax laws. Congress has accordingly softened the impact of the common law presumption by making specific intent to violate the law an element of certain federal criminal tax offenses. Thus, the Court almost 60 years ago interpreted the statutory term ‘willfully’ as used in the federal criminal tax statutes as carving out an exception to the traditional rule. This special treatment of criminal tax offenses is largely due to the complexity of the tax laws. ”

While “ignorance of the law” is not an excuse, Basciano says in some cases, it may be a mitigating circumstance when considering sentencing in a criminal case, or reduced damages in a civil case.

“Legislators could write both criminal and civil law statutes in a way that requires a ‘willful’ violation of the law, making knowledge of the law relevant to liability,” she says.

Discussion Questions
1. What is the difference between a law and a rule? What happens if you claim ignorance of a rule?  What are some rules that exist that you believe should be law?
2. Think of a time when you broke a rule that you were not aware of. How did you feel? How was the situation resolved?
3. The article speaks of some exceptions where people claimed ignorance and were not convicted of the crime.  Think of some other examples where a person might commit a crime unknowingly and should not be punished. Explain your reasoning.

Glossary Words:
ambiguous: unclear.
bona fide: sincerely; without intention to deceive.
due process: legal safeguards that a citizen may claim if a state or court makes a decision that could affect any right of that citizen.
jurisprudence: the philosophy of law or a legal system.
lenity: kindness.
mitigating circumstances: factors that may lessen accountability, but do not excuse a defendant from guilt.
proliferation: rapid increase in number.
reverse: to void or change a decision by a lower court.
retroactively: with effect from a date in the past.
statute: a written law passed by a legislative body.