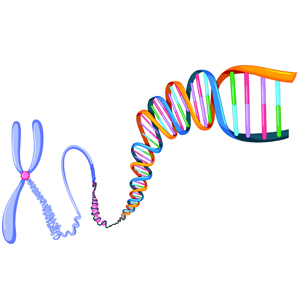 If you could eradicate a disease from the human race would you do it? It seems like an easy question to answer. In reality, it’s not so simple.

In the spring 2017 edition of The Legal Eagle, we published a story on the ethics of gene editing. Since then, researchers have made further scientific advancements using CRISPR technology. The advancements, however, have created additional ethical dilemmas and concerns by ethicists that the technology is promoting eugenics.

Eugenics is the science of improving the human population by controlled breeding to increase the occurrence of desirable hereditary traits. The concept has been around since at least the time of Plato, the Greek philosopher, who advocated selective breeding in humans. It was Sir Francis Galton, a sociologist and anthropologist and cousin of Charles Darwin, who coined the term in the late 1800s. After the Nazis used the science of eugenics to justify their heinous acts during World War II, the science became unpopular.

Scientific advancements
The debate over the ethics of gene editing heated up again after researchers at Oregon Health and Science University became the first in the United States to use CRISPR to genetically modify a human embryo. The researchers were able to repair a mutation in an embryo that causes a common heart condition (hypertrophic cardiomyopathy). This condition usually leads to death later in life.

In addition to the successful gene editing, which was replicated in a number of embryos, the scientists were also able to avoid creating other unwanted mutations, something previous scientific experiments had run into.

Professor David M. Frankford, a professor at the Rutgers Institute for Health, Health Care Policy and Aging Research and a specialist in bioethics, explains that any type of gene editing has the potential of unforeseen consequences.

“If things go well it’s great,” Professor Frankford says. “But you always have to worry about things going wrong. Sometime scientists get the changes they want, but also some they didn’t expect.”

If the embryos that the scientists at Oregon Health and Science University repaired were implanted and allowed to mature into actual babies, the offspring would pass on the repaired genome to descendants.  Professor Frankford explains that this is considered germline editing. The fact that changes can be passed onto descendants is what concerns many ethicists.

In the U.S., the U.S. Food and Drug Administration, forbids funding clinical trials of edited embryos and the National Institutes of Health (NIH) doesn’t fund studies. In January 2017, however, the NIH relaxed its restrictions if the work addresses “serious inherited diseases.” In addition, the National Academy of Sciences has drawn the line prohibiting research that would result in “genetic enhancements,” such as higher intelligence.

Dr. Robert Truog, director of Harvard Medical School’s Center for Bioethics, told The Harvard Gazette, “We’re not looking at ‘enhancements’ here, we’re looking at how to make normal people better, we’re looking at those rare situations where the genes really are life-threatening. If you have one of these genes, you’re likely going to die.” Dr. Truog went on to say in the interview, “It’s hard to imagine an objection to the fact that a non-diseased gene would be passed to the next generation.”

Dr. Truog also expressed concern about the U.S. lagging behind other countries in developing gene editing. “If we were to decide not to pursue human genome editing in the United States, it would still take place everywhere else in the world. We have an opportunity here for a leadership role—to show how, with good oversight, we can do research in controversial areas in ways that are careful, well-considered and cautious.”

Back to eugenics
Others don’t share Dr. Truog’s opinion and worry about the implications this type of advancement could have.

“Historic examples, not only in Germany but in Sweden and in the United States show vividly how easily programmes for the eradication of defects in the human stock can undermine principles of equality, solidarity and respect for people with heritable conditions,” Dr. David Albert Jones, director at the Anscombe Bioethics Centre in England, told The Catholic Herald. “This aim is the essence of eugenics: not to make people better but to make ‘better’ people.”

Marcy Darnovsky, executive director of the Center for Genetics and Society, said in a press statement after the breakthrough was reported, “Allowing any form of human germline modification leaves the way open for all kinds—especially when fertility clinics start offering ‘genetic upgrades’ to those able to afford them. We could all too easily find ourselves in a world where some people’s children are considered biologically superior to the rest of us.”

On the other hand, Dr. Robin Lovell-Badge, a professor of genetics and embryology at the Francis Crick Institute in London, told The New York Times, “I personally feel we are duty bound to explore what the technology can do in a safe, reliable manner to help people. If you have a way to help families not have a diseased child, then it would be unethical not to do it.”

So, is it possible to edit genes for intelligence, athleticism or creativity? Professor Frankford says it is theoretically possible, but there are many more genes involved in making up those traits.

“The more that a particular expressed trait is multifactorial, the less likely that genetics will able to change that trait,” Professor Frankford says.

Glossary Words:
multifactorial: designating inheritance that depends on more than one gene.