The New Jersey State Bar Foundation’s Medal of Honor Award is given annually to lawyers and law-related professionals, as well as lay people, who best exemplify either or both of the following criteria: 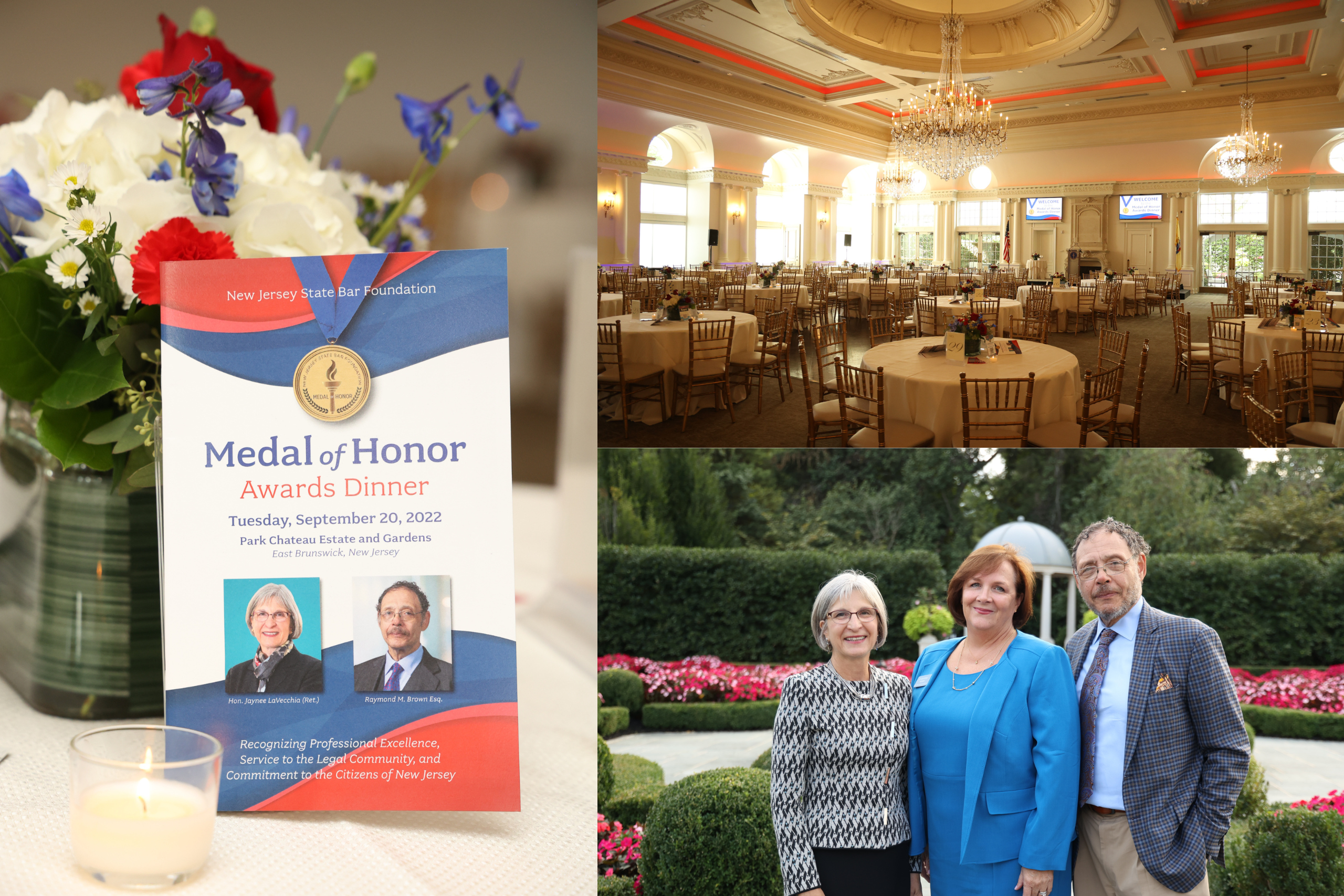 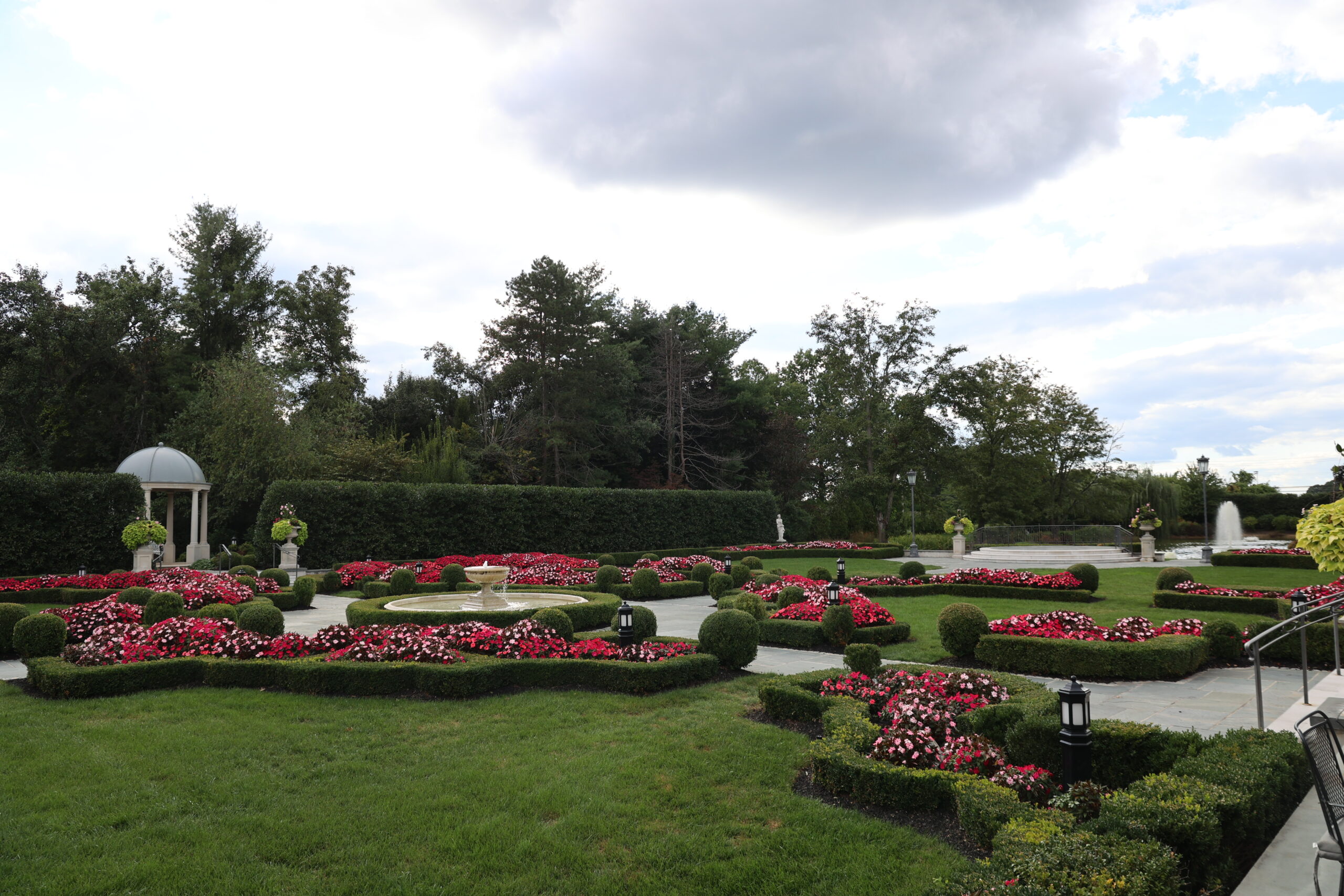 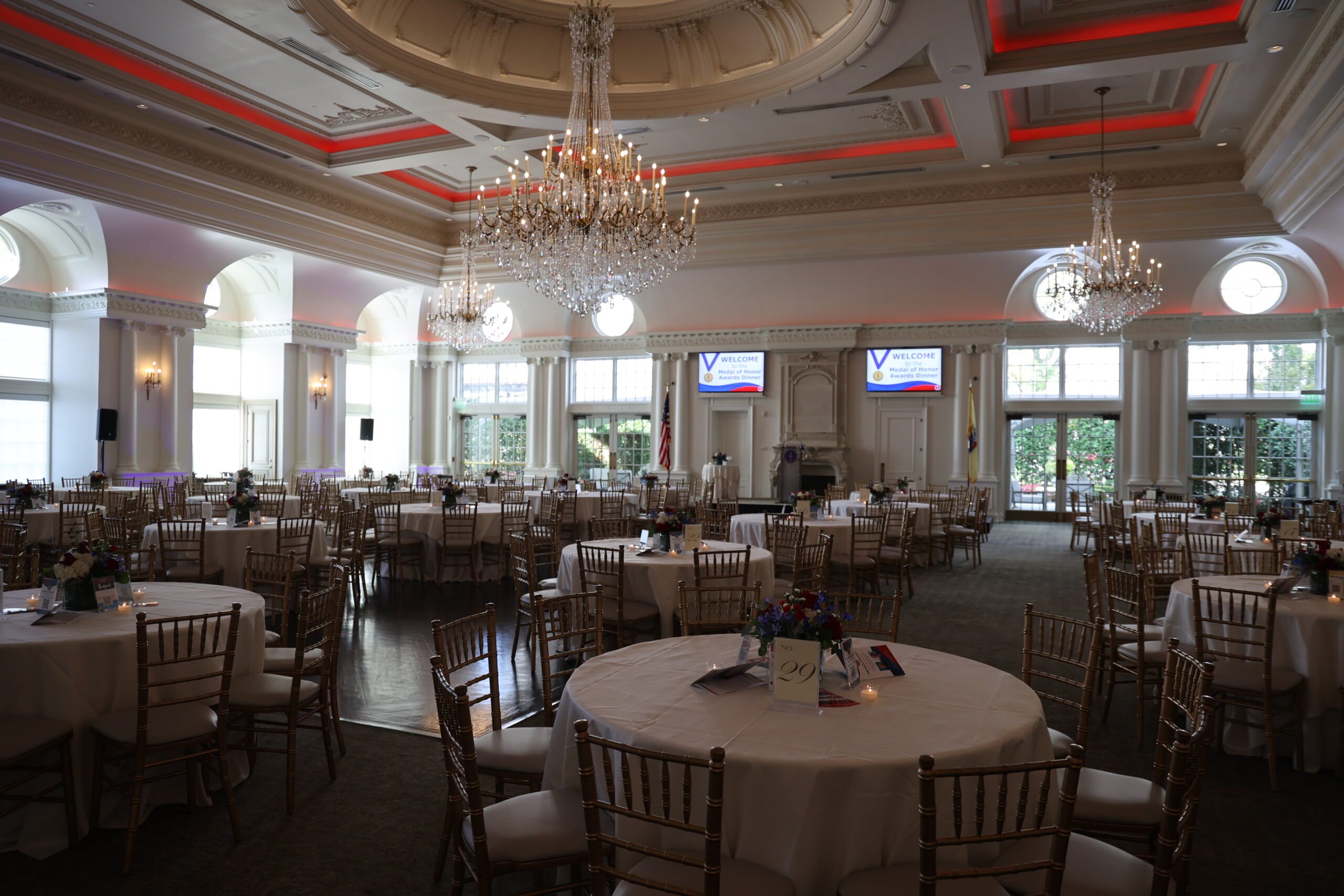 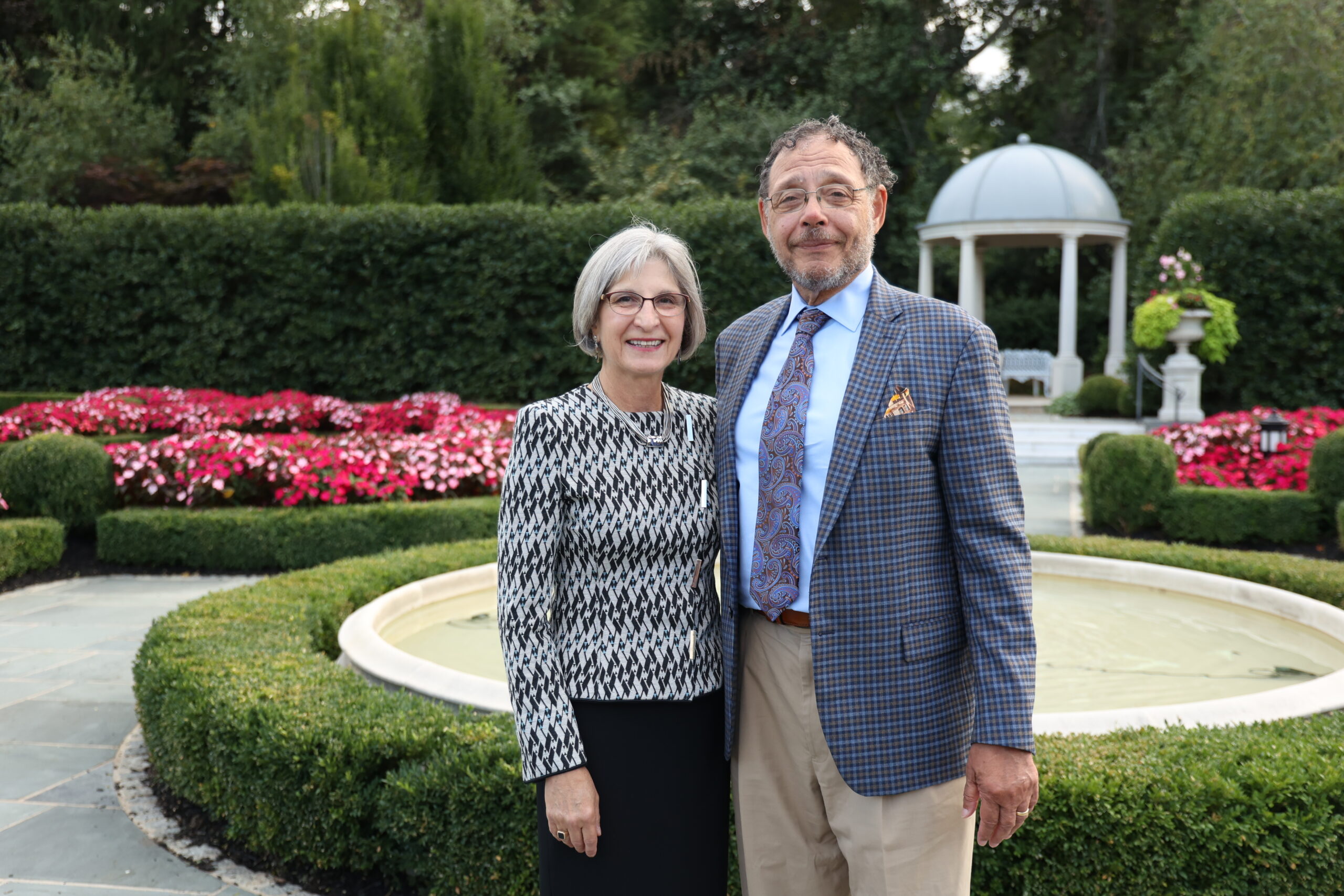 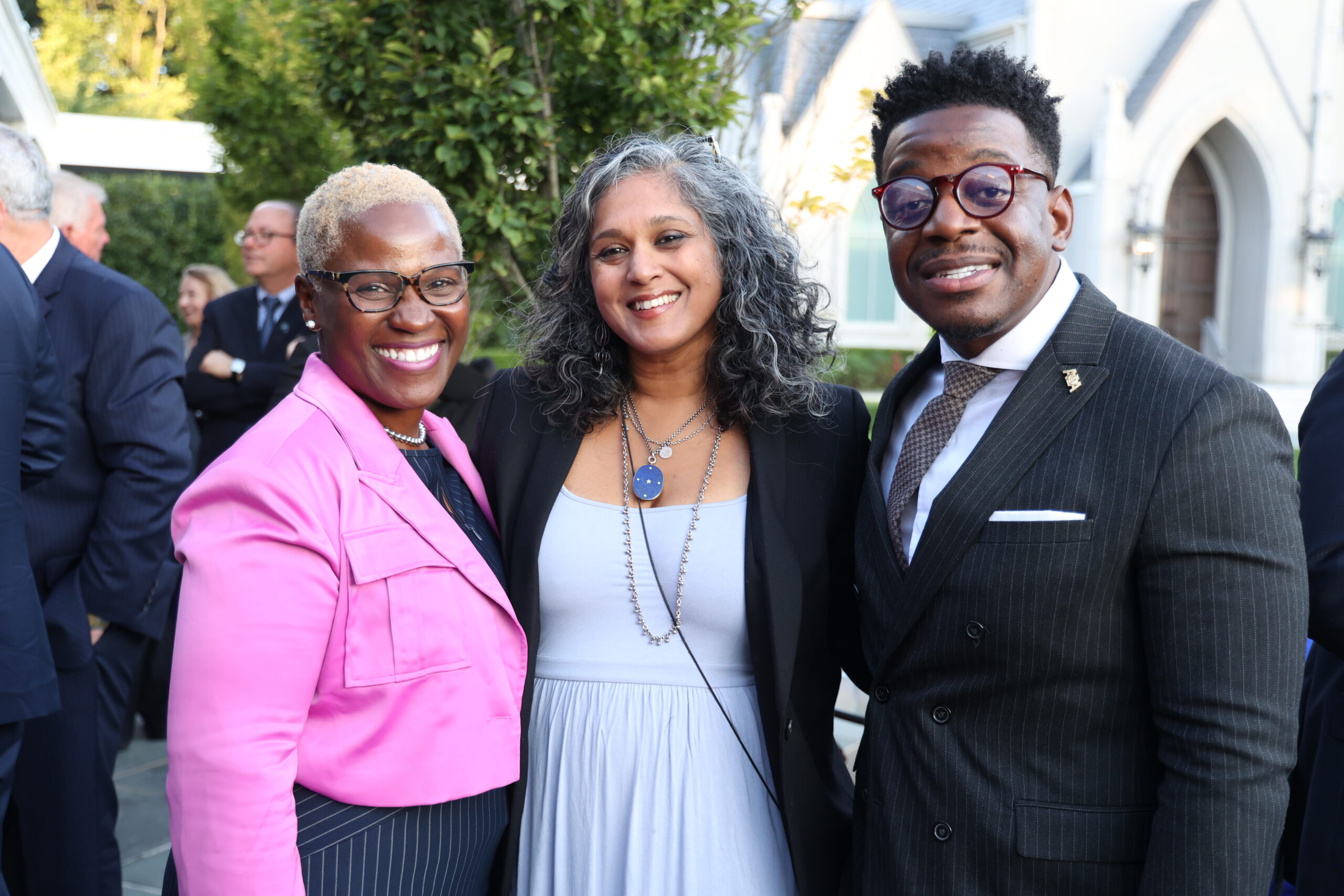 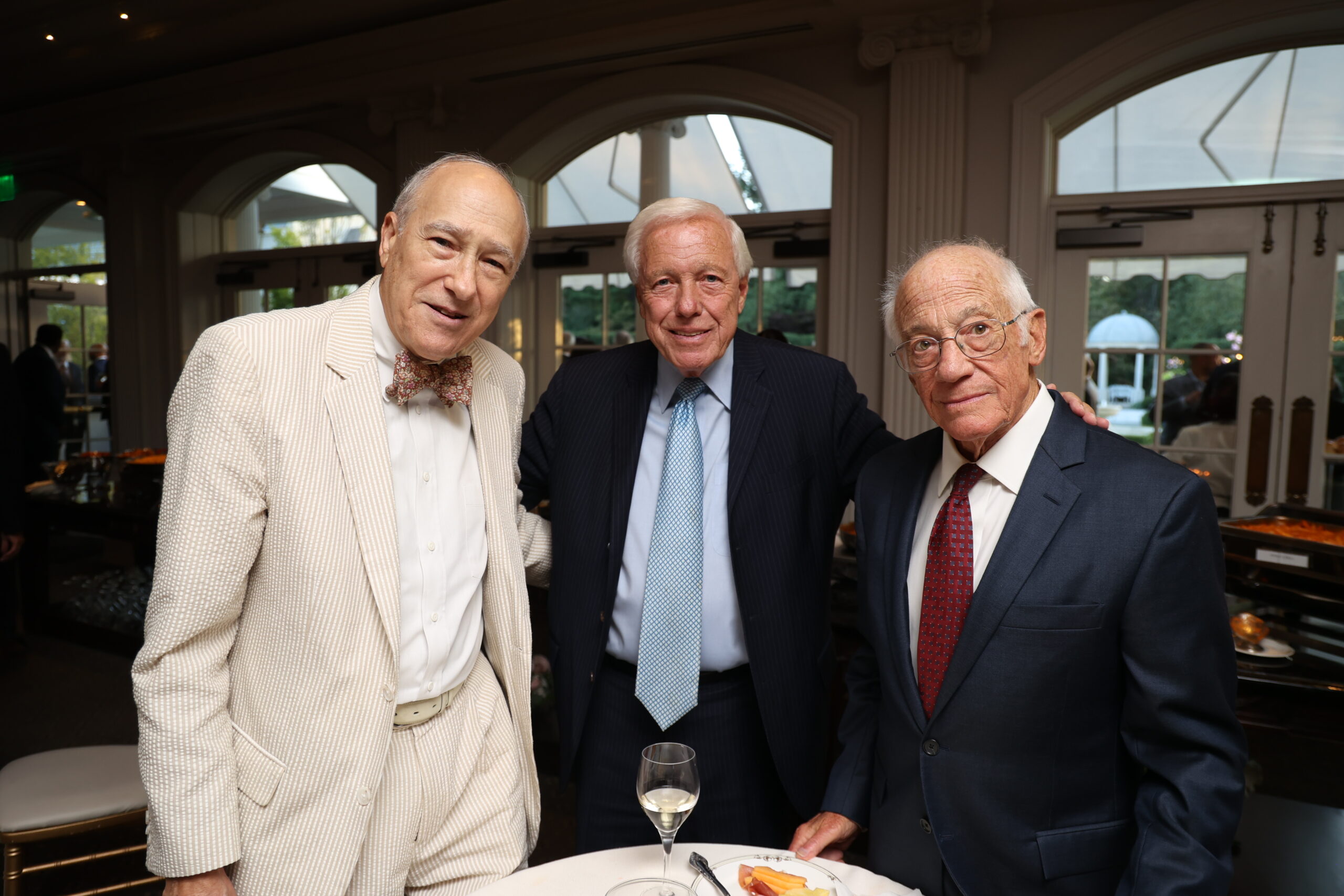 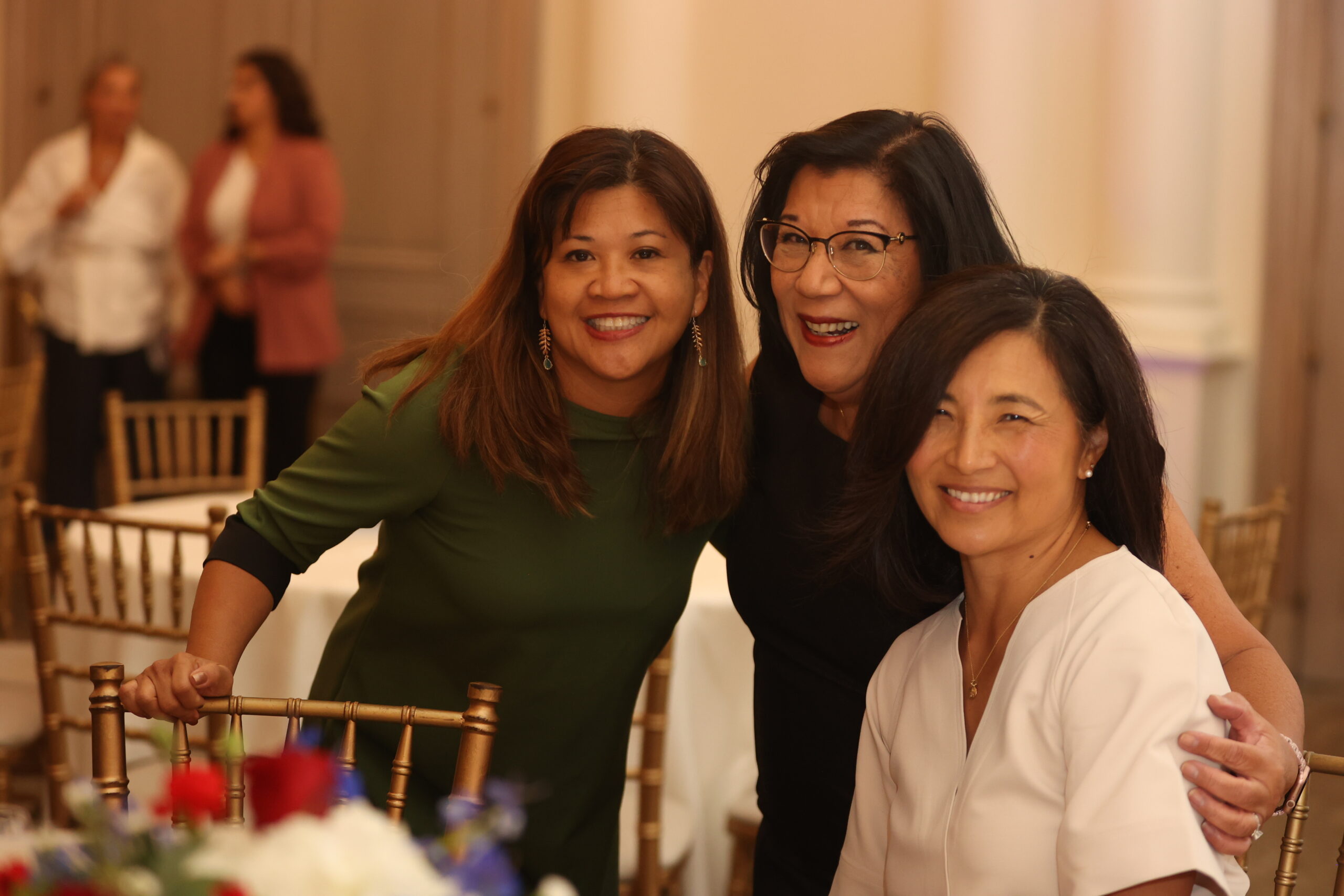 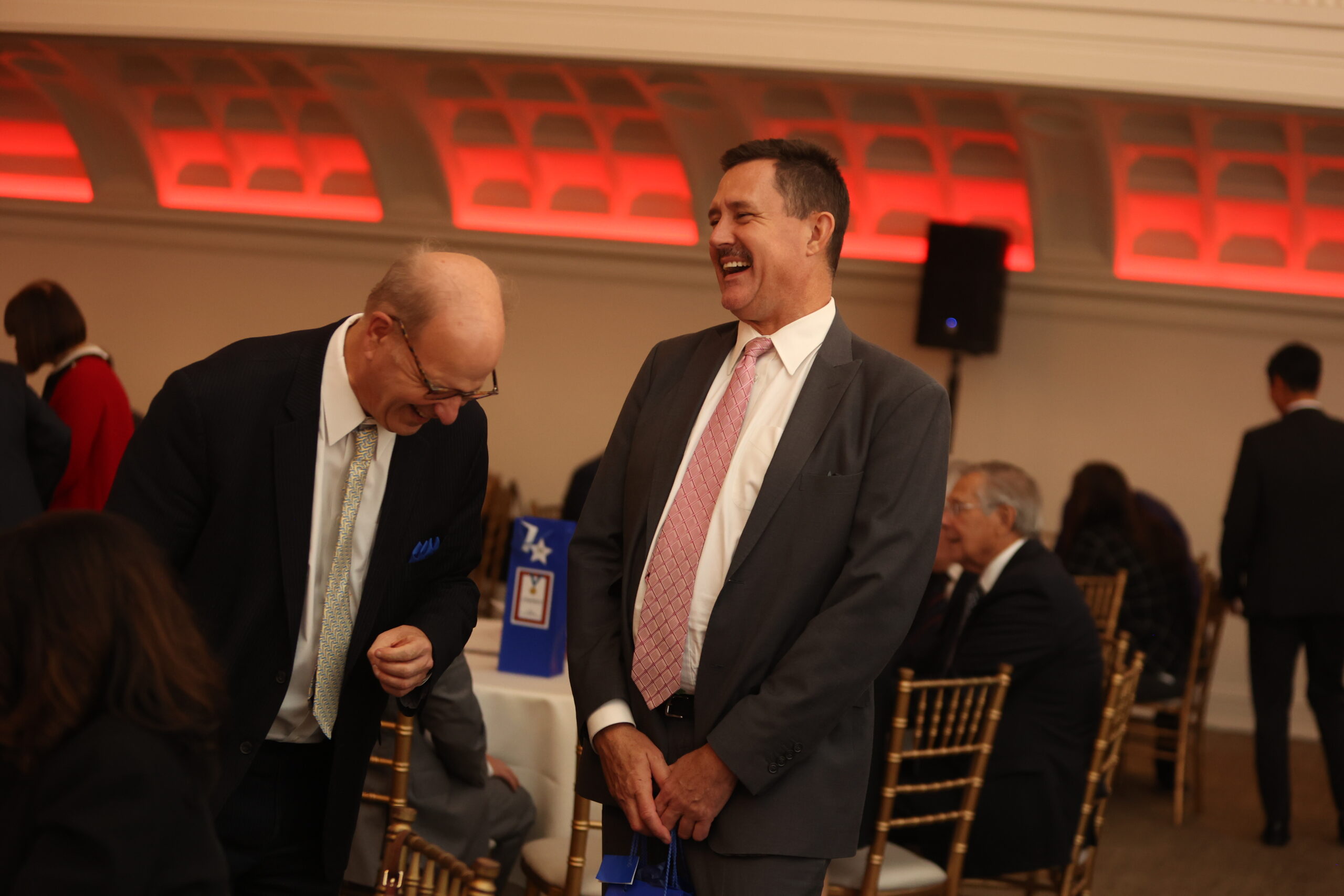 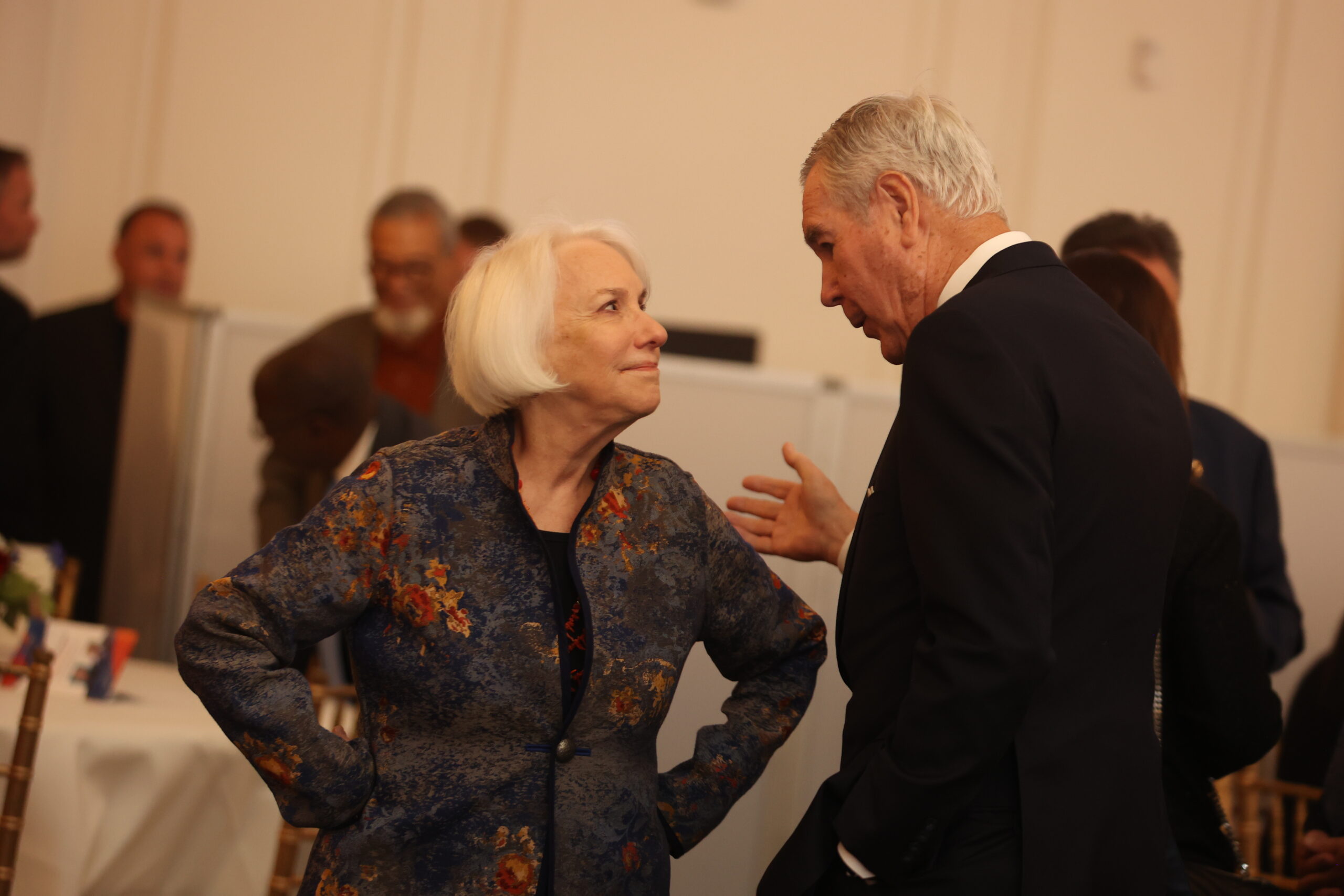 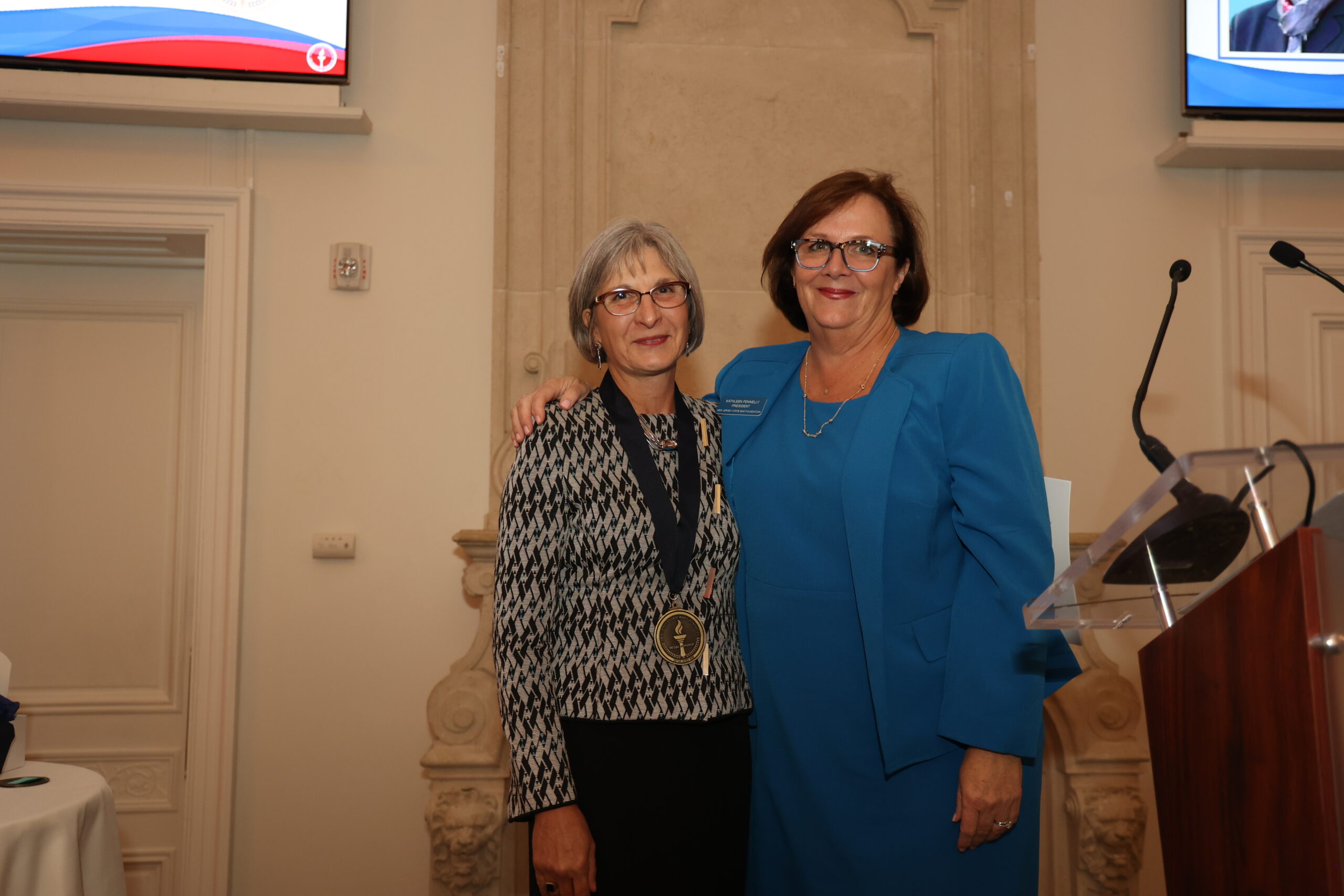 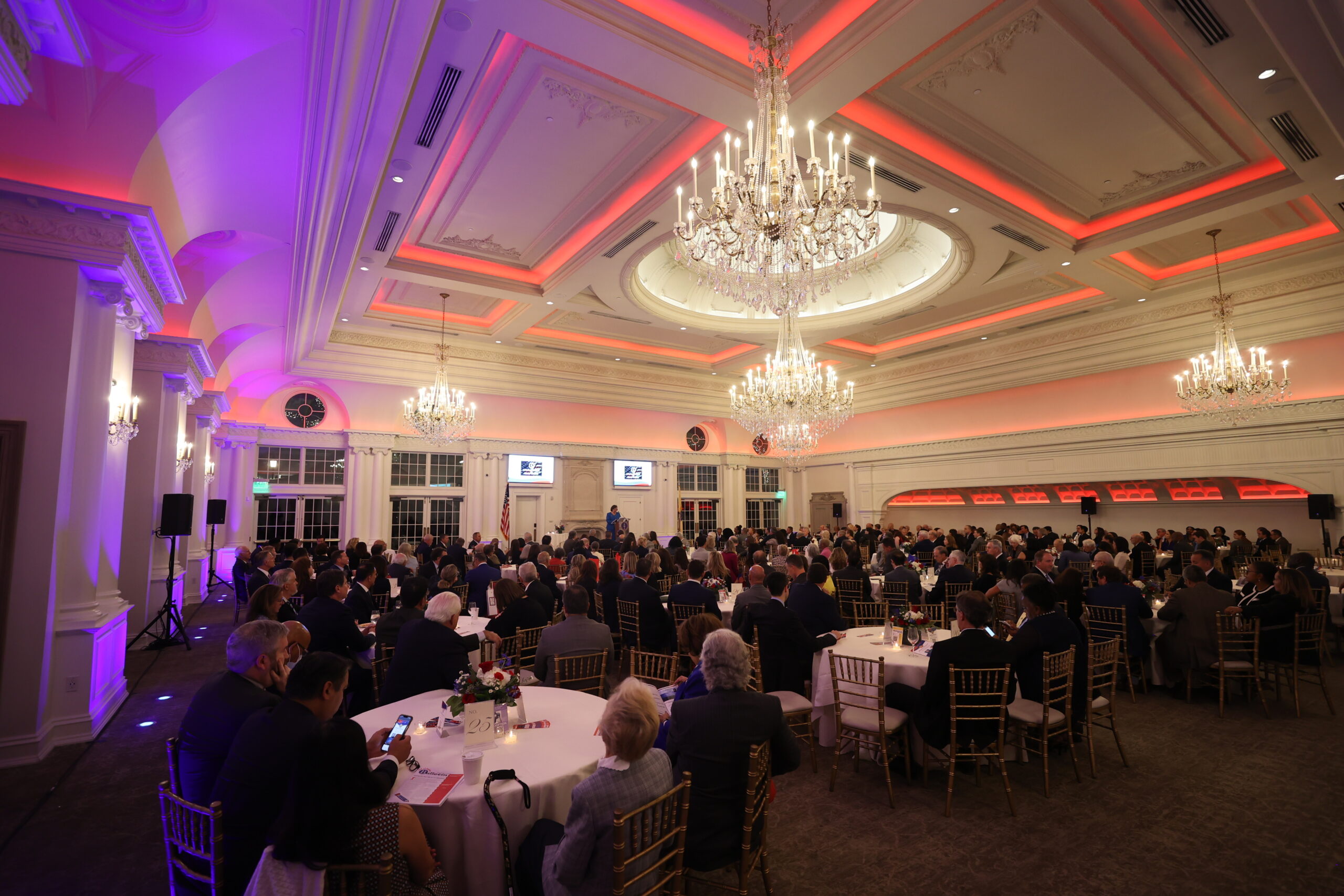 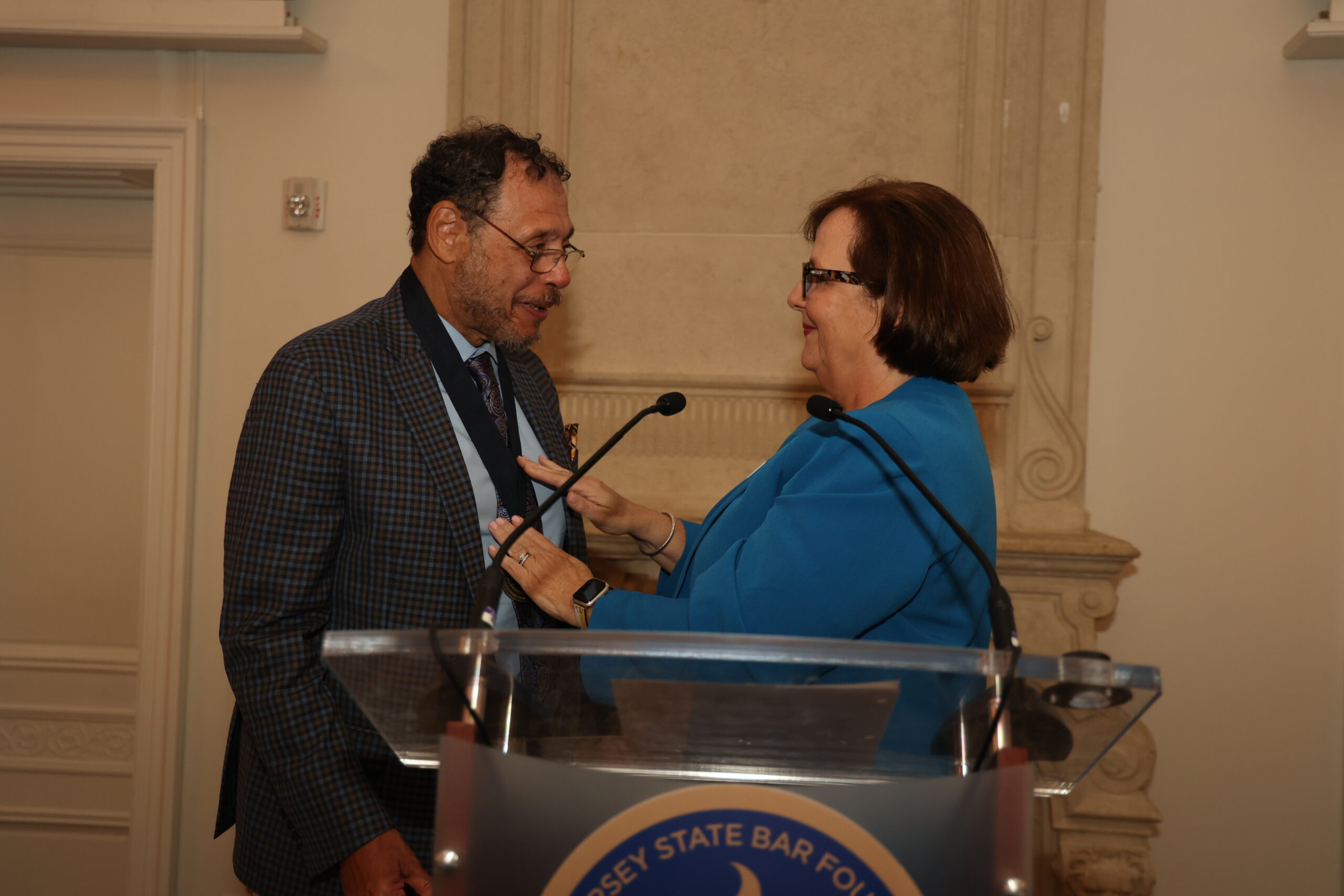 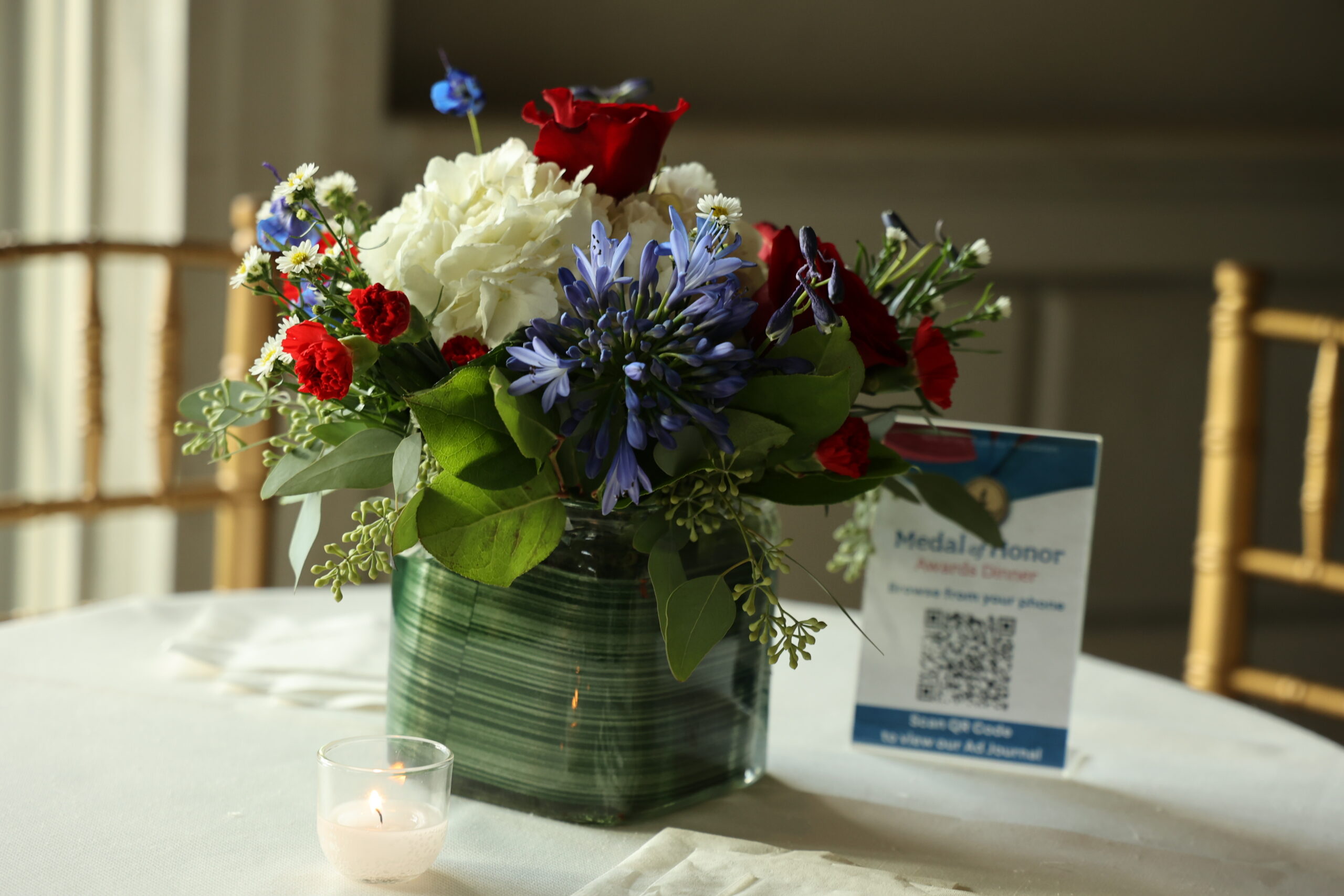 Check out photos from the 2022 Medal of Honor Awards Dinner held at the Park Chateau Estate and Gardens in East Brunswick on September 20, 2022. Click HERE to view the full gallery.

The Foundation’s Medal of Honor recognizes professional excellence, leadership, commitment, and service to the public and legal community. The Foundation will honor two recipients with its most prestigious award—Hon. Jaynee Lavecchia (retired) and Raymond M. Brown, Esq.

Justice Jayne LaVecchia stands as one of the most consequential justices in modern state history, sitting longer than any woman on the state Supreme Court. She left a lasting legacy on New Jersey jurisprudence through the more than 240 opinions she authored during her time on the court.

A partner with McCarter & English, LLP, Justice LaVecchia draws upon her decades of judicial experience and understanding of New Jersey’s state agencies and regulatory landscape to help clients resolve complicated legal matters. Her extensive knowledge and experience with the appellate process informs trial strategy for the most complex cases.

Nominated by Governor Christine Todd Whitman, Justice LaVecchia served for more than 21 years on the New Jersey Supreme Court. During her tenure, Justice LaVecchia presided over hundreds of cases and authored numerous opinions on critical issues impacting New Jersey’s most prominent industries. On her departure from the bench, her fellow justices cited her extensive knowledge of the intricacies of the state’s governmental laws and agencies.

Before her nomination to the Supreme Court, Justice LaVecchia served as the New Jersey Commissioner of Banking and Insurance, overseeing thousands of insurance companies, banks, and credit unions. Prior to that, she held various leadership positions, including Deputy Chief Counsel in the Office of Counsel to Governor Thomas H. Kean, Chief Administrative Law Judge in New Jersey’s Office of Administrative Law, and Director of the Division of Law within the Department of Law and Public Safety.

Justice LaVecchia has received numerous awards and honors. She is a member of the Rutgers University Hall of Distinguished Alumni and recipient of the New Jersey Women of Achievement Award and the Rutgers Law School Distinguished Alumni Award. She is also an elected member of the American Law Institute and a Fellow of the American Bar Association.

Raymond M. Brown is an internationally recognized litigator who focuses his practice on white-collar criminal defense, international human rights compliance, internal investigations and complex commercial litigation. He has significant international experience and has represented victims in the Darfur genocide before the International Criminal Court at The Hague.

A partner with Pashman Stein Walder Hayden P.C., Brown has extensive experience as a trial lawyer, including numerous high-profile cases. He represented U.S. Senator Robert Menendez as defense co-counsel in a public corruption and bribery case brought by the U.S. government, which eventually resulted in a dismissal of charges against Senator Menendez. Other prominent cases have included the nine-month trial involving former U.S. Secretary of Labor Raymond J. Donovan and the successful eight-year defense of senior executives of a major multinational corporation charged with environmental violations. Raymond has also represented a large municipality in COVID-19 related litigation.

He has appeared twice before the New Jersey Supreme Court in 2021 representing amicus curiae on important issues of criminal law including in State v. Andujar, in which the Court held that improper peremptory jury strikes motivated by “implicit or unconscious bias” violate the New Jersey Constitution. Brown has defended clients in state and federal courts and before administrative tribunals. He has appeared in courts in 12 U.S. states and conducted investigations throughout the United States as well as in Kenya and elsewhere in East Africa, El Salvador, the Cayman Islands, Switzerland, the Bahamas, Colombia, and Sierra Leone.

A devoted advocate for human rights, Brown was a student activist and an important participant in the 1968 occupation of Columbia University. He and other participants contributed to “A Time to Stir,” a collection of essays written by participants. A documentary film is also in production.

Our 2022 Medal of Honor Sponsors 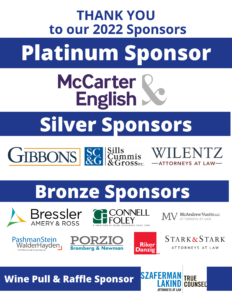 2022 Medal of Honor Sponsors and Supporters 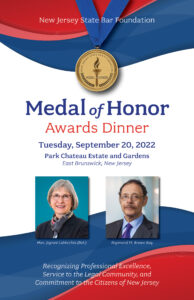 Take a look at an electronic version of the Medal of Honor Awards Dinner Ad Journal.

Thank you to our sponsors and ad journal advertisers!

Past Medal of Honor Recipients

*In recognition of the generous contributions of the legal community on behalf of the victims of 9/11.