The Evolution of the Second Amendment 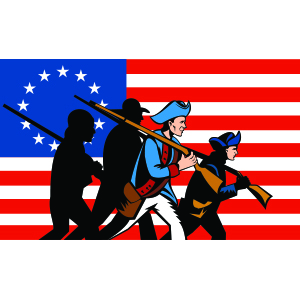 “A well-regulated Militia, being necessary to the security of a free State, the right of the people to keep and bear Arms, shall not be infringed.” These 27 words that comprise the Second Amendment have been endlessly debated by legal scholars, judges and justices in the modern age who still argue over its meaning.

One problem with the amendment, and perhaps the reason for so much debate, is that its single sentence is poorly worded. Darrell Miller, a professor at Duke Law School, points out that there has even been disagreement over how many commas it has.

The reason the amendment is poorly phrased could be because it went through a number of revisions in the House of Representative and then more in the Senate before it was sent to the states for ratification. The Second Amendment that the House passed 24 to 22 read: “A well regulated militia, composed of the body of the People, being the best security of a free State, the right of the People to keep and bear arms shall not be infringed, but no person religiously scrupulous of bearing arms shall be compelled to render military service in person.”

In his book, The Second Amendment A Biography, Michael Waldman writes that once the amendment was sent to the Senate for consideration, it was trimmed down to what we’re familiar with today.

“Of note, the senators removed the description of the militia as being ‘the body of the people.’…And they deleted entirely the provision allowing conscientious objectors to avoid service,” Waldman writes. “We do not know why these changes were made. Many other amendments were rewritten, always to trim words, tighten syntax, and combine thoughts.”

Many gun control advocates argue that when the Second Amendment was written, “arms” referred to muskets, not handguns or semi-automatic weapons that are available today. Professor Miller, a cofounder of the Center for Firearms Law, which advances nonpartisan scholarship about the Second Amendment and serves as a clearinghouse for information about gun rights and regulation, says that is not a persuasive argument. He points out that constitutional rights cover many technologies that did not exist at the time the Bill of Rights was ratified in 1791.

“For example, the First Amendment right to free speech covers video games, although such games weren’t invented until the 20th century,” Professor Miller says. He also notes there are weapons that don’t count as “arms” under the Second Amendment, including nuclear bombs and nerve gas.

“They don’t count as Second Amendment ‘arms’ for reasons other than their age,” he says.

Interpretations of the Second Amendment, according to legal scholars, are divided into two camps—collective rights advocates and individual rights advocates, depending on which clause of the amendment you choose to emphasize. Those that believe the amendment protects a collective right to bear arms, emphasize the “well-regulated militia”clause, believing the Framers of the Constitution meant that the states “collectively” had the right to defend themselves against the federal government.

Those that emphasize the “keep and bear Arms” clause favor the individual right theory and believe that all citizens have the right to gun ownership for protection.

Professor Miller says that the notion that the amendment protects the right of self-protection is a source of confusion in Second Amendment debates.

Not So Wild in the West

In Gun Law History in the United States and Second Amendment Rights, Robert J. Spitzer, a political science professor at SUNY Cortland, writes “gun possession is as old as America, so too are gun laws.” For instance, Professor Spitzer wrote that as early as 1686 New Jersey enacted a gun control law that prohibited wearing weapons because “they induced Fear and Quarrels.” Professor Spitzer noted in his essay that even before the first substantial federal gun control law—the National Firearms Act—was passed in 1934, there were nearly 1,000 gun control laws on the books at the state level.

You may be surprised to learn that in what is known as the Old West—towns like Tombstone, Deadwood and Dodge City—there were strict gun control laws. In Dodge City, for example, there were signs that read: “Carrying of Fire Arms Strictly Prohibited.”

“Tombstone had much more restrictive laws on carrying guns in public in the 1880s than it has today,” Adam Winkler, a professor at UCLA School of Law told Smithsonian Magazine. “Today, you’re allowed to carry a gun without a license or permit on Tombstone streets. Back in the 1880s, you weren’t.”

In fact, the legendary gunfight at the O.K. Corral took place because the cowboys would not surrender their guns upon entering the town, as was the law.

“People were allowed to own guns, and everyone did own guns [in the West], for the most part,” Professor Winkler said. “Having a firearm to protect yourself in the lawless wilderness from wild animals, hostile native tribes, and outlaws was a wise idea. But when you came to town, you had to either check your guns if you were a visitor or keep your guns at home if you were a resident.”

According to Professor Miller, until the mid-20th Century, legal scholars agreed that the Second Amendment protected collective rights, not an individual right.

“It was fairly well-established that the Second Amendment only pertained to the militia, so there weren’t really any Second Amendment grounds to challenge regulations on private possession of firearms,” Professor Miller says.

The U.S. Supreme Court’s 1939 decision in United States v. Miller upheld the constitutionality of the 1934 National Firearms Act, which restricted and taxed the manufacture and sale of firearms. The opinion of the Court stated: “In the absence of any evidence tending to show that possession or use of a ‘shotgun having a barrel of less than eighteen inches in length’ at this time has some reasonable relationship to the preservation or efficiency of a well-regulated militia, we cannot say that the Second Amendment guarantees the right to keep and bear such an instrument.”

Professor Miller notes that gun rights advocates made a concerted effort to change the Court’s opinion and they succeeded with the 2008 U.S. Supreme Court decision in District of Columbia v. Heller. The case involved Dick Heller, who sued the District of Columbia over its ban on handguns in the home. The case ultimately ended up before the U.S. Supreme Court, which sided with Heller and in doing so affirmed an individual right to keep and bear arms. In the majority opinion of the Court, Justice Antonin Scalia cautioned that the right the Court was affirming is not unrestricted.

“Like most rights, the right secured by the Second Amendment is not unlimited,” Justice Scalia wrote. “[It is] not a right to keep and carry any weapon whatsoever in any manner whatsoever and for whatever purpose.”

In McDonald v. Chicago, which came before the U.S. Supreme Court two years after Heller, the Court struck down a similar handgun ban and ruled that the Second Amendment applies to the states as well as to the federal government.

In that case’s majority opinion, Justice Scalia referred to the Heller decision, writing, “Self-defense is a basic right, recognized by many legal systems from ancient times to the present day, and in Heller we held that individual self-defense is ‘the central component’ of the Second Amendment right.”

So, can the United States find a balance between gun rights and gun control? Professor Miller thinks it is possible and says there is a misperception that any gun regulation violates the Second Amendment. It doesn’t.

“Even staunch gun rights advocates agree some regulation is constitutional,” Professor Miller says. “For example, no one is seriously advocating that violent criminals should have a right to bear arms or that loaded guns should be allowed on airplanes. The disagreement isn’t about whether the Second Amendment allows for regulations; the disagreement is over what those regulations are or should be.”

Glossary Words
conscientious objector: an individual who claims the right to refuse military service for religious reasons.
majority opinion: a statement written by a judge or justice that reflects the opinion reached by the majority of his or her colleagues.
nonpartisan: not adhering to any established political group or party.
ratification: the action of formally signing a contract or agreement to make it official.
syntax: the arrangement of words to create well-formed sentences.